A Good Idea Can Take You Anywhere: Entrepreneurs Whose ‘Light-Bulb Moments’ Paid Off 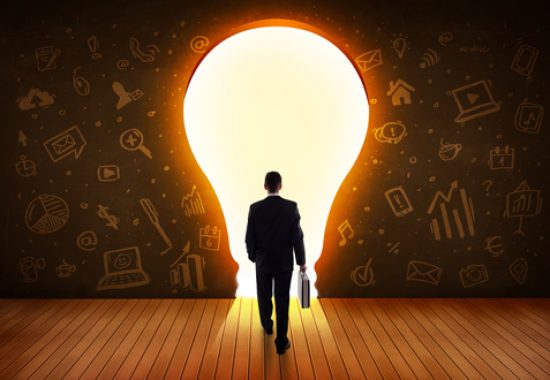 A Hollywood blockbuster, a classic novel, a Renaissance masterpiece; they all start with one thing – an idea. And a good one at that.

The same goes for the success of a lot of famous entrepreneurs, one day the proverbial light-bulb went “ping” and a business venture was born. Some ideas are born out of passion, some come to light as a result of hardship and others are simply filling a gap in the market.

One thing is for certain, a good idea and some hard work can lead you to business success.

Here are some self-made entrepreneurs whose ‘light-bulb moments’ took them to stratospheric heights:

You may not instantly recognise the name, but you must have been living under a rock for the past few decades if you haven’t heard of his monolithic brainchild, IKEA.

Kamprad came from humble beginnings in a Swedish town called Elmtaryd, this is where his entrepreneurial stirrings began from a very young age. At merely six years old, Kamprad began selling stationery and bric-a-brac to the people of his neighbourhood.

In 1943, as a reward for doing well in school, Kamprad’s father gave him some money with which he formed a company – ‘Ingvar Kamprad from Elmtaryd, Agunnaryd’, or as we now know it, ‘IKEA’.

The concept was simple; Kamprad believed that everyone should have access to stylish and modern furniture that was also affordable. To that end, he went from delivering competitively priced furniture throughout his local area in milk vans, to pioneering the idea of flat-pack furniture in 1953 and then taking over the world of furniture. Now IKEA has over 300 stores in 41 countries, selling everything from wardrobes to meatballs!

Whether you lather yourself in their products daily or just end up rushing there every Christmas for a last minute gift for the mother-in-law – The Body Shop has long been a household name.

However, you may not know about the necessary beginnings of the business. In 1976, Roddick’s husband was away in America, meaning she had to single-handedly look after a young family. She knew she needed money to make ends meet, so decided to start her own company.

The concept was inspired by the beauty and hygiene rituals of other nations, that she had witnessed on her earlier travels abroad, and also by the frugal and thrifty lifestyle her mother lived as a result of the war. Thus, The Body Shop was born and the empire now stretches over 61 countries, with an impressive 2051 stores and a range that boasts 1200 products.

Dame Anita Roddick was a passionate campaigner and activist for various causes; a lot of The Body Shop’s products are either organic or fair trade and, before her death, she left her £51 million fortune to a selection of charities.

Don’t recognise the name? Your Facebook newsfeed would be very different without him! He is the founder and current CEO of the social news and entertainment company, Buzzfeed.

Jonah Peretti has been making a name for himself in the media world since 2001, when he pulled a high profile prank on sportswear giant Nike whilst still a student at MIT.

In 2005, Peretti became a co-founder of The Huffington Post, an extremely successful online news site and blog.

Despite the site’s success, Peretti had an idea for a news and entertainment page that would be an “online popularity contest”; the original concept for the site was to be a platform for viral content.

Thanks to social media likes and shares for their articles, memes and videos, Buzzfeed has taken the Internet by storm.

They now receive over 200 million monthly unique visitors to the site, and Peretti is looking to transform his brainchild into a “global, cross-platform network for news and entertainment”.

Next time you’re sat in YO! Sushi, wide-eyed watching the delicious Japanese dishes glide along before you, raise your Sake cup to Simon Woodroffe. He is the creator of the YO! enterprise and in 1997 gave Great Britain her first conveyor-belt sushi restaurant.

Similar to Dame Anita Roddick’s story, Woodroffe’s business was born out of a time of hardship. He was unemployed, recently divorced and suffering with depression; he realised it was time to start something that would keep him afloat, money and health-wise.

After long deliberation, Woodroffe realised that the way forward for him was to start a small business. He reflected upon his time spent living and working in LA, where he visited a Japanese restaurant. There, on the Sunset Strip, he had his first taste of sushi, sashimi, Japanese beer and Sake. It was this memory that inspired his business plans.

There are now over 70 YO! Sushi restaurants in the UK, and franchised locations abroad in countries such as Saudi Arabia and the USA. In 2008, Woodroffe made the decision to sell the company.

His advice for business ideas is to “hold a red flag up to stand out and be outrageous!”.

The notable successes of these entrepreneurs show just how far a good idea can take you. If you think that you have a really good concept for a business, and the determination to make things happen, one day your name could be on this list!