Why We Love Lord Sugar – And You Should Too 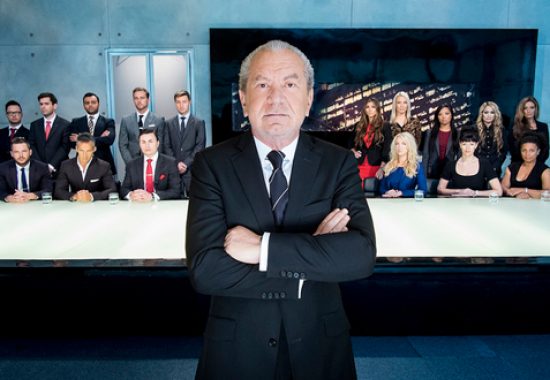 As The Apprentice celebrates its 10th year on BBC1, we take a look at what makes Lord Alan Sugar such a successful entrepreneur and TV personality:

From an East London council estate to a £770 million fortune, if we’re measuring success on money made Lord Sugar is up there. How did he do it? His business dealings began after schools and on the weekends and his first role was working part-time for a greengrocer at the age of 12. He left school at 16 and started selling car aerials and electronics when his earnings exceeded those of his father’s. At the age of 21 he started his company Amstrad that put him on the path to being the multi-millionaire that he is today.

His humble beginnings turned Lord Sugar into a driven and determined individual – “not being able to have what I wanted made me determined to do something for myself – to be self-sufficient.” He had a clear goal for himself that propelled him to success.

What drives you? Do you have clear goals like Lord Sugar? Will they keep you motivated and moving forward on your path for career success?

Lord Sugar always wants to get ahead of the market and has developed a keen eye for spotting unique products and coming up with affordable alternatives. The beginnings of Amstrad were founded on his discovery of a way to produce turntable covers from plastic instead of the expensive Perspex being used by existing producers at the time.

Do you think creatively and innovate to get ahead of your competition?

If you’re a fan of The Apprentice you’ve probably heard Lord Sugar chastising many a candidate for going against their instincts. Being entrepreneurial can be a risky business and sometimes you have to dive in and trust your gut.

“There was no time for this nonsense (market research) and I had to trust my gut instinct when it came to gauging what consumers would go for.”

5. He can embrace his faults and failings

When his company went into decline Lord Sugar put his hands up and recognised where he went wrong: “I make no excuse for the fact that I was too focused on launching new products at the time. I didn’t give enough care or attention, or allocate enough funds”.

6. And he’s got some great one liners…

“Fair? The only fair you’re gonna get is your bloody train fare home.”

“All I’ve heard from you so far is a lot of hot air, so in the interests of climate change you’re fired…”

“If you nod your head any longer I’m going to put you on the back seat of my bloody car.”

“You were devastated when you got a B in your GCSE French. You’re going to be even more devastated now because you’ve got a big F. You’re fired!”

Discover what Lord Sugar thinks his success is down to and the best advice he can give to businesses:

StumbleUpon
« How to Make it: Advice from Rock Star Entrepreneurs A Good Idea Can Take You Anywhere: Entrepreneurs Whose ‘Light-Bulb Moments’ Paid Off »