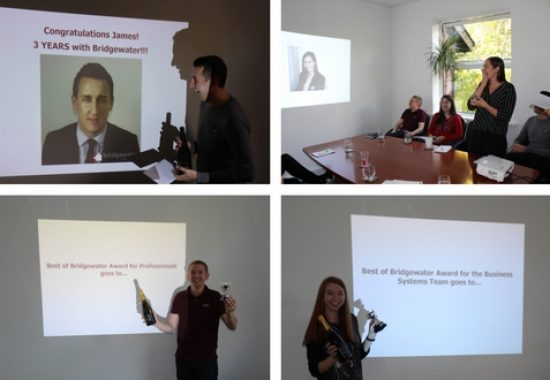 We’ve been working on lots of projects throughout October and we’ve even had our first Bridgewater baby! So, it’s safe to say that it has definitely been a busy month here at Bridgewater HQ.

That being said, we never forget to reward and celebrate all of the hard work put in by our employees. Let’s take a look at our October award winners.

Employee of the Month and Best of Bridgewater (Graduates Division) 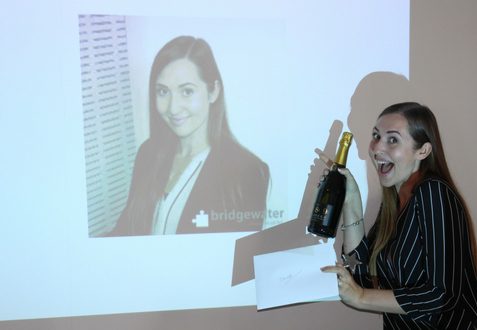 Our Employee of the Month award is colleague nominated. Every month, we all vote for who we think deserves to be crowned and it’s a great way for us to show each other our appreciation. October’s award goes to the Graduate Division’s own Danielle Miller. In addition to this, all of her efforts also earned her a coveted ‘Best of Bridgewater’ award from the management team!

Danielle has absolutely smashed it this month and has received some really positive feedback from candidates she has placed. Not only this, but Danielle has taken full ownership of some other responsibilities outside of her role. For example, as our database software champion, she has been very helpful in dealing with any issues relating to our new software.

As a reward for all of her hard work, Bridgewater is treating her to some bottles of bubbles, a trophy and some reward money to spend on whatever she likes. Danielle has chosen to put her reward money toward supplies for her new puppy that she is due to collect next month.

Here’s what Danielle had to say about winning the double award.

“It’s a great feeling knowing that your colleagues recognise your hard work and effort. October was a really good month but I couldn’t have done it without the backing of a great team and company. Now the hard work is paying off, I’ve put the reward towards a fancy puppy bed and some toys!”

Congratulations, Danielle (and we can’t wait to meet your new fur-baby)! 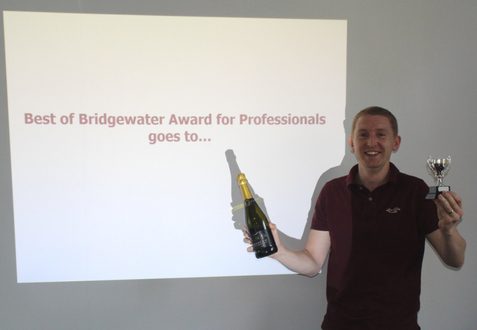 Tom has had a big month. Our CEO, Agnes Butterworth, sums it up perfectly:

“Tom has had a fantastic month revenue-wise and has had his first baby at the same time. Such an admirable performance despite sleepless nights!”

Well done, Tom, now go and get yourself some well-earned rest! 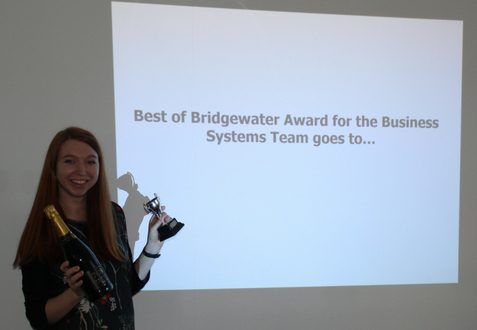 This month, our Best of Bridgewater award for the Business Systems Team goes to our Marketing Coordinator, Jenny.

Jenny is always performing marketing miracles but has been showcasing some new skills this month, working on new company literature and also on helping our clients to shine.

Agnes said, “Jenny has been working on client branding and has really impressed us with her graphic design skills.”

You’re doing a brilliant job, Jenny – keep it up!

This month, we also had something else to celebrate: 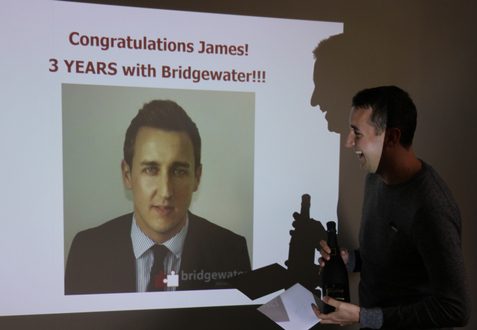 During his time here, James has become a key member of the team and progressed to a Senior Recruitment Consultant role. As Agnes puts it, James “impresses everyone with his industry knowledge and is very involved in business development” and life at Bridgewater wouldn’t be the same without him!

We had a chat with James and he said, “I really enjoy working at Bridgewater; I’m given freedom and autonomy to do what I think is best and the opportunity to prove myself. I’ve progressed and there are already plans in place to continue my development going forward which is exciting. The 3 years have flown by!”

Congratulations, James, here’s to the years ahead!

Well done, everybody, we have a busy few weeks ahead in the run up to Christmas but lots to look forward to, including our social this week! Friday sees our very first Bridgewater Curry Club; as a reward for all of our hard work this month, we’re being treated to an early finish and a curry lunch!