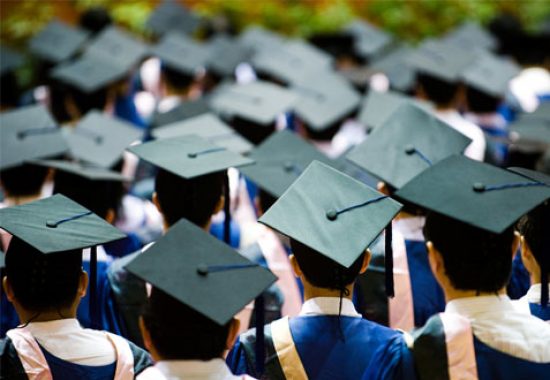 What is emotional intelligence?

Emotional intelligence (EI) is a relatively new theory which was first coined in 1964 by Michael Beldoch, but it was widely popularised with the best-selling book by Goleman in 1995 named ‘Emotional Intelligence – Why it can matter more than IQ’. It is different to IQ as IQ is a measurement of intelligence, however, EI is defined as somebody’s ability to monitor their own emotions, other people’s emotions and using this emotional information to guide their actions and thoughts.

EI affects how graduates communicate with each other, how they make decisions and rationalise thoughts. If bad habits or behaviours are not nipped in the bud early, they will continue into your professional life which may cause difficulties.

How important is emotional intelligence?

Now it is established what emotional intelligence is, it should be understood that once a person is able to effectively manage their emotions, it will help with forging relationships more effectively and will ultimately lead to more success. People with high EI are usually more valued in the eyes of employers due to their personality which allows them to understand other people. Many employers are currently deciding to send their employees to emotional intelligence courses due to the importance of it in the workplace.

Emotional intelligence can be broken down into 4 sections:

People who have high EI are very self-aware, they are able to take an honest look at themselves from time to time and evaluate themselves. The key is to remember that self-awareness is the foundation of success, your emotions and feelings are controlled by you and only you have the power to control them.

Being able to control your own emotions can be challenging for some graduates. However, making an effort to be more self-aware will help them overcome numerous problems in life. You don’t want to be blind to the fact that something is wrong.

This section is about managing those emotions and feelings that you are aware of. At times they may be overwhelming, causing people to act on impulse which may later lead to regret, shame or other negative feelings. Being able to control your feelings is going to help you throughout life and especially in the workplace. Not everything runs smoothly and the ability to manage your emotions when things go wrong will help towards becoming successful.

To improve your self-management you should pay attention to how you are feeling in the situation and then take a moment to think about what the “right” response would be. The right response may be different from your initial response, but it is important to be rational with yourself by weighing up the consequences of your actions and how they will affect those around you. Everybody has the freedom to choose their response in any situation.

The previous two sections refer to yourself, however, social awareness is all about reading other people’s needs, feelings and emotions. This ability to understand others will allow you to effectively connect with others whether it be for friendships, personal relationships or working relationships.

Daniel Goleman stated that the characteristics of social awareness fall into 3 categories:

For graduates, these social awareness skills will determine how they will fit into the workplace. Everyone is going to have to deal with clients, co-workers, or both and those with higher EI tend to integrate more quickly while also excelling in their role.

The latest generation has grown up with social media and digital communication. Social awareness differs on these platforms that often do not allow you to take into consideration body language, mood and the impact your words have on people. It’s always important to remember that everything you do will have some sort of impact on others.

Developing EI is crucial to becoming successful. Some people learn it naturally, others do not, but it doesn’t mean you can’t. Small improvements such as better listening, thinking rationally and not acting on impulse will help. There’s also the option of taking short courses on interpersonal skills.

Although IQ is important to success in life, EI is equally as important. Relating well to others will help you to achieve more than you think is possible. More and more companies are also taking into account the EI of their current and potential employees, so it is important to nurture your skills now.

StumbleUpon
« How to Build a Team that Works CV Formatting Faux Pas: What to Avoid »