REVEALED: The Pros and Cons of Working From Home 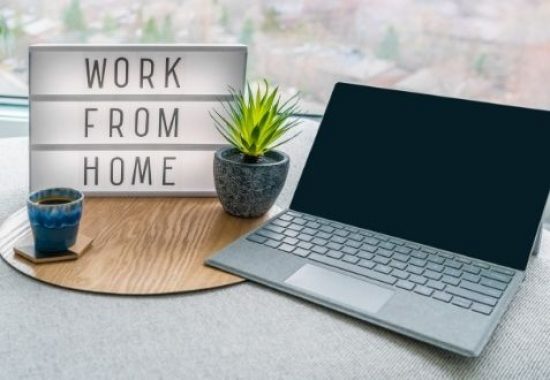 Remote working has been growing in popularity for a number of years, however, no one would have foreseen how quickly it was to become our “new normal”. With social distancing measures being introduced and working from home being encouraged wherever possible, many office workers made the move to remote working last year and are continuing to do so.

With working from home happening on such a broad scale, Currys PC World conducted a survey of over 2,000 British professionals (who are normally office-based) to discover the pros and cons. Let’s take a look at what they found.

Some people love working from home, while others would prefer to get back to the office. Despite mixed feelings overall, when it came to looking at productivity the results were mostly positive. 55% of those surveyed said that they did concentrate better when working from home. The age group that struggled the most with focus and concentration were those aged between 16-34. This age group reported feeling like they were able to focus more in the workplace. 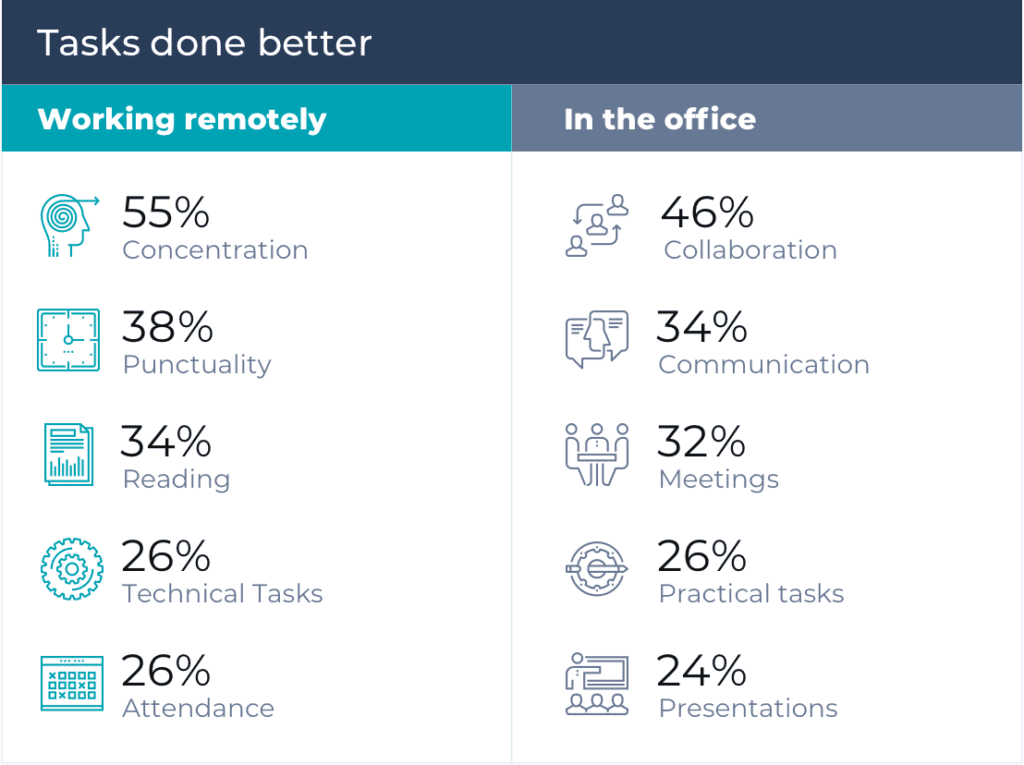 Does anyone really miss their morning commute? Getting on crowded public transport, dealing with delays and battling with bad British weather could easily set you up for a bad day. Those surveyed seem to agree as 54% cited no commute as the best thing about remote working. This was followed by a better work-life balance (37%) and saving money (35%).

Some professionals, however, have struggled to find a balance while working from home with 25% saying that they are working longer hours. With the boundaries between work and home life blurring, it can be more challenging to switch off at the end of the day. 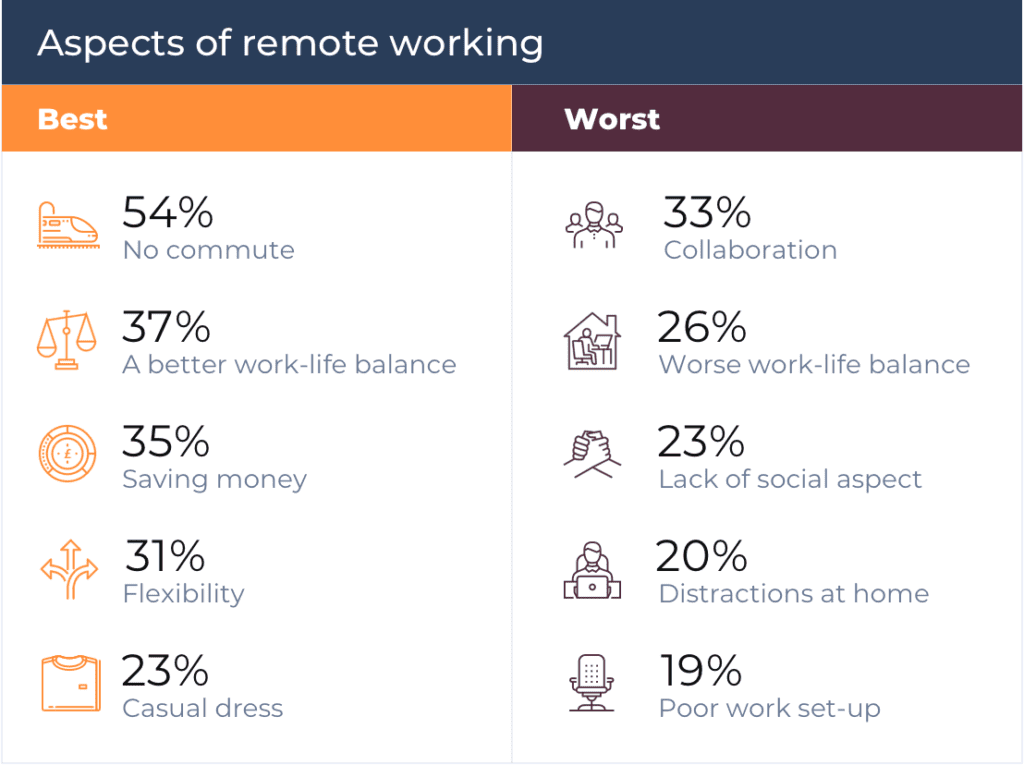 Collaborating is easier in the workplace

When professionals were questioned about when a formal work setting worked better, the answers that came out top were collaboration, communication and meetings. While working from home does offer a lot of benefits, many feel that virtual meetings and video calls aren’t as effective as face-to-face interaction. Almost half of office workers (46%) felt that they could collaborate better with others when in the office and 32% said meetings were more efficient in an office setting.

Remote workers miss the socialization of being in an office

For many office workers, speaking to their colleagues on a daily basis forms a large part of their socialisation and, in some instances, helps to develop friendships. This social aspect can be lacking when working from home, even with video calls and virtual conversations

The reduced social aspects and a lack of in-person interaction both ranked highly in what people dislike about working from home. 16-24 years olds were the most likely to feel lonely when working remotely, although 45-54-year-olds came out as missing the social aspect the most.

Some office workers aren’t well-equipped to work from home

For those companies asking their employees to work from home, it’s important to try and assist them in getting all the tools they need. While the transition to working from home happened very quickly last year, a quarter of office workers still report having to get by on minimal equipment, and a fifth say they’re missing essential items. 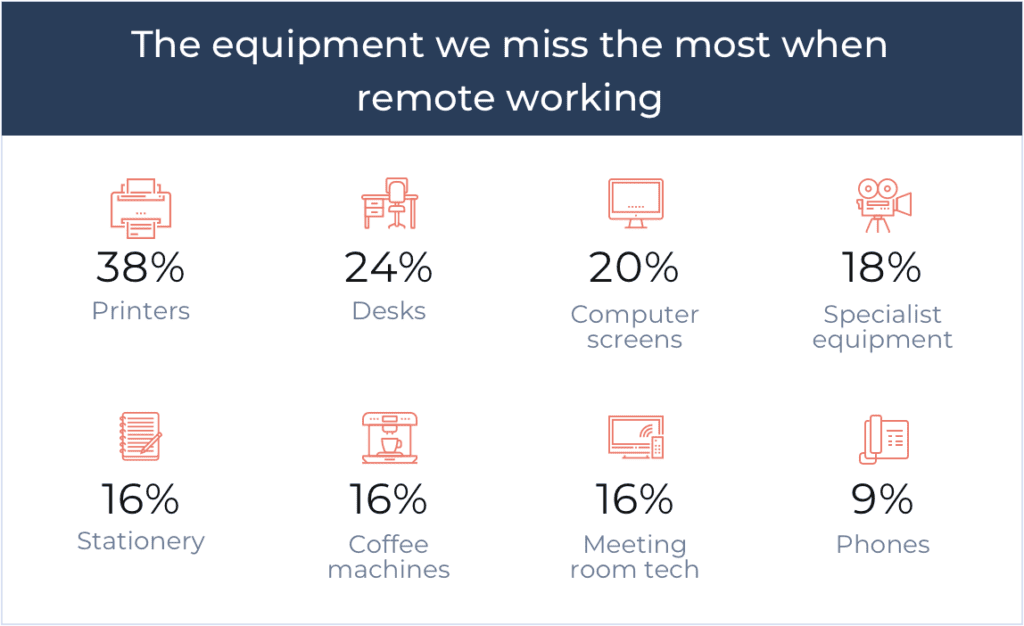 What does the future hold for remote working?

Is remote working here to stay? It certainly seems that way with 28% of the office workers surveyed saying they would like to work from home permanently going forward. An additional 44% would prefer to split their time between remote working and being in the office, while only 25% wanted to return to the office full-time (and half of these want more flexible hours).

The age group that favour office working the most are 16-24 year-olds while the over 55s are most likely to want to permanently work from home. 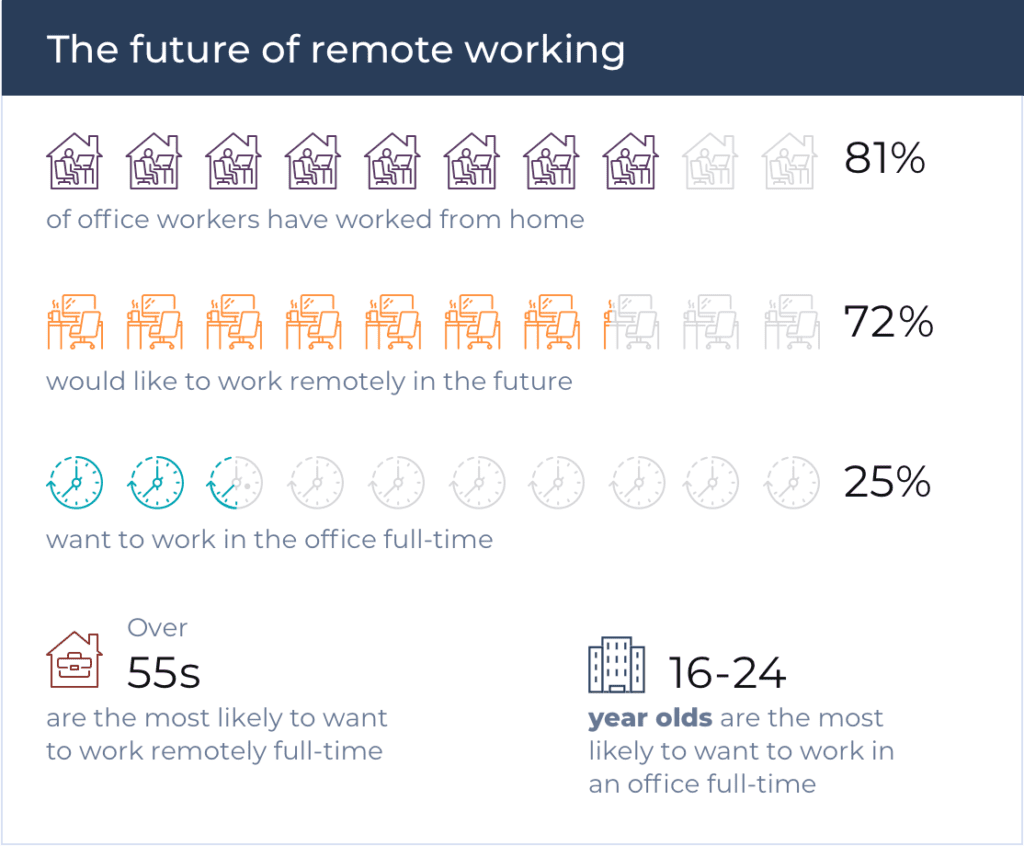 Bringing it all together

While working from home isn’t for everyone, it is here to stay. It’s clear that employers need to listen to what their employees prefer and to help them find a balance that benefits them both personally and professionally. This way everyone will benefit from increased productivity, collaboration and a better work-life balance.