The Generation Gap: Millennials in the Workplace 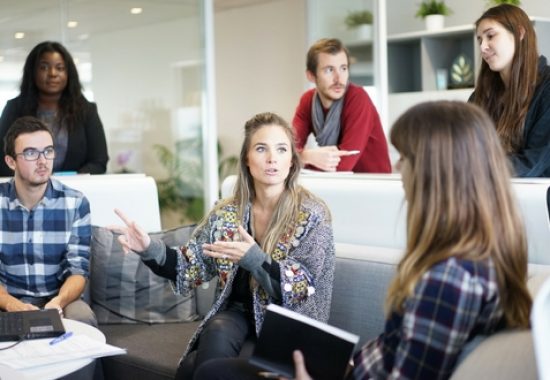 “I’m a millennial.” But what does that mean? That you’re lazy? Entitled? Spoilt? There have been, over the past few years, many public voices who have taken to criticising or even demonising the so-called millennial generation, otherwise known as Generation Y. This is the generation born between the early 1980s and the very early 2000s. However, are their slurs justified? What about millennials in the workplace? Do they have what it takes?

Anyone who uses social media will have seen this clip of an interview with marketing whiz and motivational speaker, Simon Sinek, doing the rounds recently. He explicitly highlights and discusses the flaws of millennials, yet it resonated so much with them that it soon became a viral hit. You may wonder why this is. Why would millennials want their shortcomings laid bare for all to see?

Sinek observes that, amongst other things, millennials are:

It’s nothing we haven’t heard before. Gen X seem all too keen to demonise their successive generation. So, why has Sinek struck a chord with Generation Y? Why aren’t the ‘easily offended’ millennials up in arms?!

The truth is that what Sinek says, although it may very well be true, it is not an attack. Nor is it an accusation or a critique. No, Sinek’s interview has been so popular among those who are the subject of it because, finally, someone from a prior generation seems to understand them. Someone is talking about them, about their lives, without condemning or mocking them.

It is an honest and open-minded commentary on the challenges that millennials face in every aspect of their life. He, without judgement, considers their motivators, their thought processes and their mindsets.  And millennials all over the world are shouting “hear, hear!” at the man who seems to understand them and who has helped them to understand themselves.

He attributes how millennials behave to the parents who raised them to believe they could do anything and to the society in which they did it. At last, someone is saying: “It isn’t your fault – I understand you!”

We should accept that other generations, who have faced wars, social revolutions and economic meltdowns, may never be able to relate fully to the struggles of millennials. However, what we should acknowledge is that they are here – and no amount of satire will change that. Nor will it change who they are. It’s time to understand, despite generation gaps, that millennials’ needs and wants are different to those of the people before them. However, this doesn’t mean that they are a problem.

So, what does this mean for millennials in the workplace and for their employers?

Millennials, contrary to what may be said about them, have their strengths. Thanks to things like social media, they are fast, responsive and often have no issue multi-tasking. They are, arguably, more naturally disposed to be forthcoming with ideas and creativity. The interconnected world they grew up in means that they are also keen to collaborate with others.

Yes, admittedly, they also have their weaknesses. They can be a little self-centred, have an overwhelming need to be liked and their attention spans can be shaky. A big concern for employers is their loyalty to a job; many millennials rarely make it to a 2-year anniversary with one company. However, instead of criticising, maybe it would be more advantageous for employers to understand these flaws. A change in attitudes and approaches could help bosses retain their millennial talent.

What employers need to bear in mind

Young millennials have different motivators at work. For them, simply maintaining a steady job isn’t enough to satisfy them. Generally speaking, they aren’t marrying or having children as early as their predecessors, so they don’t have a family to support. Thanks to the surge in house prices, they don’t have a mortgage to pay – simply due to how difficult it is to get one. Keeping them happy is the key to keeping them on board.

Millennials are hungry to succeed. Yet, their motivations for this don’t lie within ego or narcissism. They want to prove their parents right when they told them that they could do anything they put their mind to. They want to justify the debt they’re in thanks to the degree they were told they needed. And they want to fund the future that society says they should want, but the Bank Manager won’t let them have.

What do millennials want from their employers?

Progression – Sinek repeatedly refers to the fact that millennials in the workplace want to ‘make an impact’. Surely, this is great news for employers; a keen and hungry generation, ready to make things happen. This may be true, but it can also be an issue if millennial recruits feel like they aren’t moving fast enough along their career paths.

Slow progression or unclear development plans are the main reasons that workers from this generation to jump ship. It’s therefore essential for businesses to bear this in mind; to keep millennials on board, make sure something is awaiting them at the finish line. However, if companies let them stagnate or promise fake promotions, then they will walk.

Support – Development plans, ongoing support, clear goals and realistic timescales, will make millennials more likely to stick around. They want to be part of a company that puts people forward, not just profit or the needs of the business.

If employers truly invest in the development of their millennial staff, not only will they blossom, they will stay put.

Culture – The world is changing! There’s no denying that. So, while traditional offices, workplace rules and business models worked for a while, sometimes things need to move with the times.

Many millennials value things like company perks, flexibility and modern working environments over traditional commercial/business environments. Again, it all boils down to the fact that they want to feel that the company they work hard for respects and cares about their employees. A company that enforces rules or ways of working that stifles busy and social millennials won’t keep them for long!

The key thing to take away from all of this is that every generation has its differences. However, differences are good! Millennials are our current and future workforce, so understanding how they work and helping them reach their potential has never been more vital. 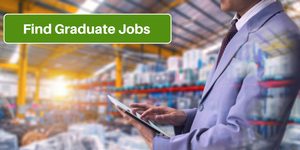 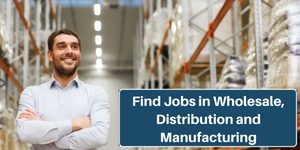 StumbleUpon
« The Importance of Peer Feedback: What is a 360 Review? Don’t Know What to Do After University? Here are Some Options »