5 Lessons Game of Thrones Teaches us about Leadership 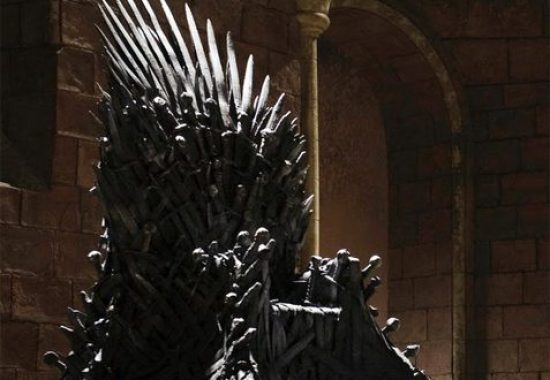 After what seems like an agonisingly long wait for fans, the new season of Game of Thrones is finally here! The latest instalment is sure to promise the return of our favourite characters, epic battles, dramatic deaths and dragons! We can’t wait!

The Seven Kingdoms of Westeros are awash with power-hungry, back-stabbing, treacherous, murderous and down-right dangerous houses, but there are a few lessons that we can learn from them. Both the lovable and detestable characters of the hit series can teach us a thing or two about leadership:

1. Being a Bully of a Boss will bring your Downfall

Game of Thrones teaches us not to let power go to your head. Being feared by those you lead is definitely not a good thing, as Joffrey Baratheon demonstrates during his short reign on the throne. A character that fans love to loathe, 13 year old sadist Joffrey was an ineffective leader and bully. With his strong will and inability to listen to anyone, he made numerous terrible decisions and was eventually poisoned by one of his subjects. Joffrey’s downfall was painful and graphic, but viewers couldn’t help but think it was well-deserved. Perhaps if he had been a team player and listened to his advisers he wouldn’t have met such an brutal end.

Many Game of Thrones fans are still mourning the loss of poor old Ned Stark all the way back in Season 1. While he was a man too honourable and without the desire to truly compete for the Iron Throne, he was undoubtedly a great leader. He always acted as a role model for his men and stayed true to his word. He inspired his followers and took his responsibilities as a leader seriously. Even when his duties were unpleasant he stepped up to the plate declaring, “The man who passes the sentence should swing the sword.”

Tyrion, the small but mighty lion of house Lannister, is well aware that his stature limits him on the battle field and in the jousting arena, but he more than makes up for it with his logic, wit and intelligence. This has made him one of the most popular characters in the series and also an influential player in the game of thrones. Tyrion knows his strengths and uses them to achieve his goals, often making a big impact and ruling behind the scenes. Between his drive, awareness of what he’s good at and his development of those skills, Tyrion is an effective leader.

They’re completely untrustworthy and sometimes despicable, but you can’t deny that knowledge has bought Peter Baelish and Varys “The Spider” a good deal of power. Both have risen from modest origins all the way to the small council by making valuable connections across the Seven Kingdoms. It is their knowledge that has earned them respect and their position in leadership.

Daenerys Targaryen inspires both loyalty and respect from her followers and she does this by being a fair and democratic leader. Known as a ‘Breaker of Chains’ and ‘Protector of the Realm’, Daenerys gives her people free will and the choice to follow her rather than assuming that her title will earn her their respect. It probably helps that she has 3 dragons as well…

Hopefully your ascent to leadership isn’t as cut-throat as that in Game of Thrones. If you develop the skills above, you’ll be able to sit atop the Iron Throne of your industry, without getting cut by the swords beneath you.

« How The Best Managers Do It (Infographic) Are Greedy Graduate Job Boards Monopolising the Market and Limiting the Opportunities that Graduates See? »